Hepburn Energy, a community-owned wind farm in Victoria, called on Middleton Group to help it prepare for the installation of a rapid earth fault current limiter, a new and compulsory technology introduced by the Victorian government to mitigate bushfires caused by fallen power lines. 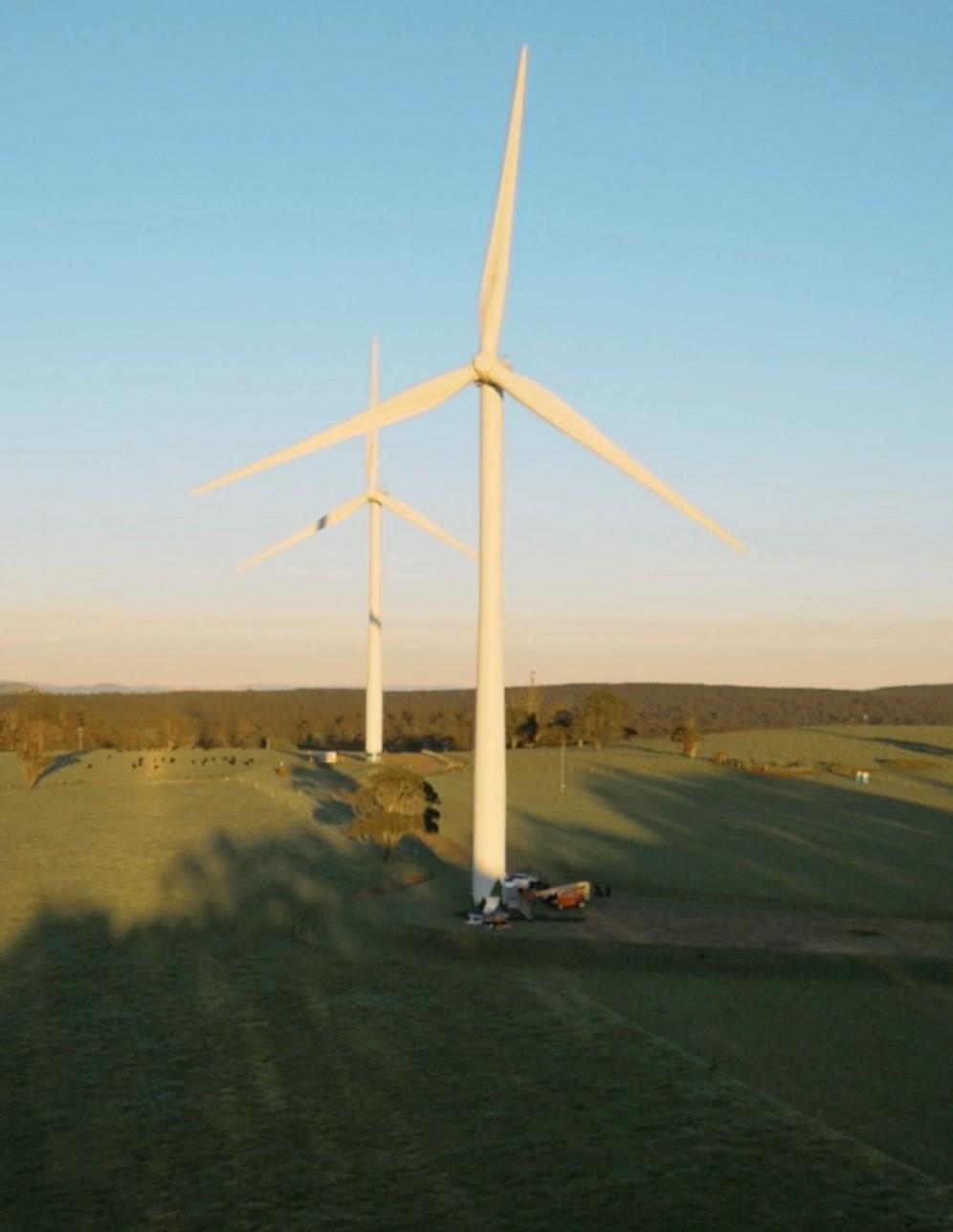 Hepburn Energy owns and operates Australia’s first community-owned, two-turbine, 4.1MW wind farm at Leonards Hill, 100km north-west of Melbourne. The wind farm was facing a non-negotiable deadline to upgrade its assets in order to manage the risks from a compulsory new technology called a rapid earth fault current limiter (REFCL), deployed to reduce the risk of bushfires caused by fallen powerlines. REFCL operates like a big safety switch, detecting when a powerline connects with the ground and limiting energy flow within a tenth of a second.

As owners of a 10-year-old wind farm, Hepburn knew its plant was not well prepared for this new technology and approached Middleton Group for help. Project Lead Eric Bendtsen says that the firm’s task was to help the cooperative understand REFCL bushfire mitigation technology and work out what asset hardening – upgrade and/or verification – needed to be done for the farm to be able to be compliant with it.

Middleton Group reviewed the wind farm’s systems, indicating what components were not compliant and what testing was needed, and costing various options as well as outlining time frames for the work given the looming deadline. A number of Hepburn Wind’s major high-voltage assets needed networking hardening for the REFCL impacts to be smoothly and safely integrated into its operation.

Middleton Group took steps to increase the plant’s reliability and future-proof its systems. Our engineers swapped an unreliable static synchronous compensator, a device that improves power quality, for an inverter, a different type of device that acts to improve power quality. The inverter opens the potential for Hepburn to set up a solar farm and associated battery storage.

Taryn Lane, the manager of Hepburn, says that the REFCL upgrade is now behind them. However, she has noticed that the wind farm’s systems have generally been more reliable, with a “significant” reduction in the amount of unscheduled maintenance in balance of plant – all the non-turbine electrical and civil works.

Taryn praised Middleton Group staff who worked on the project, saying that what she most appreciated about the company’s approach was “the openness and flexibility of the team to come up with a solution for our asset upgrade that was fit for purpose – not just for our existing operations but for the future ambitions of the site. The process was creative and got us to where we needed to be.”